Each student shared the name, age and photograph of a child killed in the Holocaust, illustrating the incalculable losses of each young life. 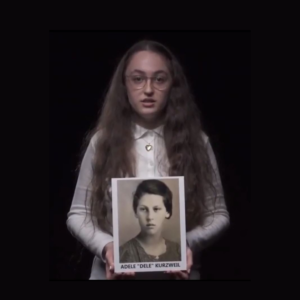 In their remarks, Guterres and Schneier underscored the importance of education as a tool against antisemitism and all forms of hatred.

“We know that when young people learn about the Holocaust, they can better understand the fragility of shared values and democratic institutions – particularly in times of social and economic upheaval,” said Guterres.

I was honoured to mark the anniversary of the Liberation of Auschwitz with Holocaust survivors & members of the @PESynagogue.

Liberation ended the Holocaust, but it was just the beginning of our work to ensure such crimes never happen again. pic.twitter.com/VH9uyS3wMN


“Distorted Holocaust analogies can only be countered through education… Children are born to love. They are taught how to hate,” Schneier said, pointing to the recent mentions of the Holocaust in public discourse regarding the COVID-19 vaccine.

The service, which was co-sponsored by the Appeal of Conscience Foundation, received in-depth coverage from UN News and the Associated Press, where it was syndicated globally.

On January 27, International Holocaust Remembrance Day, eighth grade students participated in the Consulate General of Italy’s annual ceremony of the reading of the names of the Jews deported from Italy and the Italian territories.

View the full program here and the children’s participation below.