Golders Green is a north-west London suburb in the Borough of Barnet in England. A suburban settlement originally begun by American developers in the early 1900’s, Golders Green has, since its inception, been known as a center for  the suburban middle-class English Jewish population. Golders Green is located near several farms and public grazing areas with roots originating in the medieval days. Aside from the Conservative Jewish population the town is also home to a sizeable very Orthodox Jewish community. The name Golders comes from a family named Godyere who lived in the area in the 14th century, and Green refers to the area was built on. Golders Green has been an English town since  the 13th century!

The majority of residents of this town first moved in after the first World War from more crowded areas, and this is when the first synagogues was built. The first Jewish service was held in this area in 1913 in West Heath Drive. During the 1930’s more Jews came from urban London in an attempt to escape the Nazi persecution that was beginning in the city. It was during this time that the original Golders Green Estate was built in the South-West on the site that had been the famed Cricklewood Aerodrome, a famous airfield, in earlier years. It was also in the 1930’s that many of the elegant mansions that are characteristic of this town were erected. By 1959, fully one quarter of Golders Green population was Jewish.

Golders Green is a cultural and religious center with shops and eateries spread along Golders Green Road. Hampstead Garden Suburb is a popular area, and is a mix of quiet streets with houses and green spaces.

Shops in Golders Green currently include over 50 kosher restaurants, butchers, supermarkets (many of Polish origin) and bakeries, plus many coffee chains. Golders Green Road has Carmelli, renowned for bagels, Soyo for frozen yoghurt and Solly’s for shish kebab. Bloom’s, which excelled in traditional Jewish fare such as chicken soup, chopped liver and salt beef used to be a popular restaurant in Golders Green. There are several sushi restaurants as well.  In addition, Golders Green is a leading center in England for Jewish medical care, and boasts many local community welfare projects to aid people of various needs.

As for Jewish places of worship, (there are over 30 Jewish schools besides!), 40 synagogues call Golders Green home; the original synagogue of Dunstan Road boasts the most famous of English rabbis, Rabbi Sacks,currently the Chief Rabbi of England. Shuls of all denominations can be found;  some of the larger congregations are:

In more recent years, Asian populations, specifically Korean and Japanese have populated Golders Green, although the predominant ethnic group remains Ashkenazi Jewish, second to Christians of different backgrounds. In addition, Haredis and Israelis have begun to call the town home as well. According to the most recent census, there has been over a 34% increase in the Jewish population of this North London suburb in the years since the turn of the millenium.

Golders Green has had many famous resident locals as well, including Marie LLoyd, an English music hall singer, comedian, and screen actress, Desmond Tutu, a South African Anglican cleric and theologian, known for his work on apartheid and civil rights, and Oliver Postgate, a children’s program maker and former student of Golders Green.

Golders Green is accessible on the Tube, the stop called Golders Green Station. Travel time from London is between 34 ane 45 minutes. 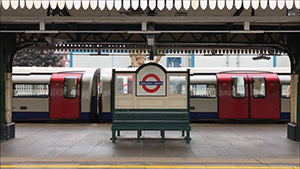 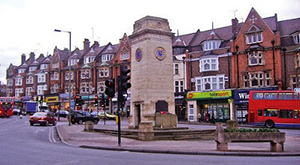 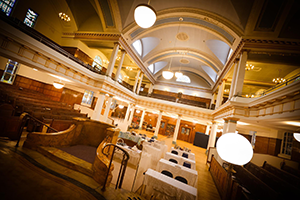 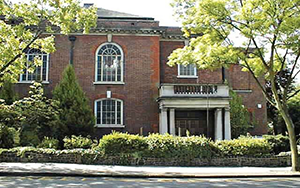 As for the current demographical analysis of Golders Green, England:

The average age of people in Golders Green is 34, while the median age is lower at 30.

44.1% of people are married, 5.4% cohabit with a member of the opposite sex, 1.1% live with a partner of the same sex, 33.1% are single and have never married or been in a registered same sex partnership, 7.4% are separated or divorced. There are 656 widowed people living in Golders Green.